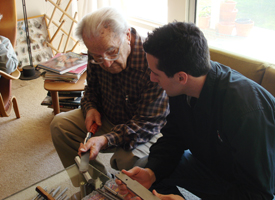 Jerry Glaser is one of the most influential and probably the most humble personalities in the woodturning field. Few people know that his woodturnings appeared in major shows in the late 1950s and early 1960s. Even those aware of Jerry Glaser’s name barely know of all his contributions to woodturning tools, chucks, jigs and so much more.

Although he lived most of his adult life in California, Jerry grew up on the west side of Chicago, where his father owned a Czech restaurant.  Jerry’s first taste of woodturning was during a 1934 shop class at Farragut Junior High. The bowls he turned more than 70 years ago, would be well received even today at most AAW chapter meetings and exhibits. 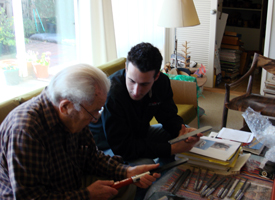 In the late 1930s, Jerry attended an exhibition of Swedish crafts at Marshall Field’s in downtown Chicago. In that show, he saw bowls with sculpted rims—evocative of the natural edge bowls his friend Bob Stocksdale would make famous years later. “What impressed me were the turned bowls that had the undulating curved form on the edges” says Jerry. “I tried to incorporate this shape in my work much later on.”
Jerry’s engineering background provided him with a solid foundation in understanding metals, and therefore, woodturning tools. His technical training as an engineer began at the Armour Institute of Technology (now the Illinois Institute of Technology). During WWII, Jerry worked in a Cleveland engine laboratory on the challenges of oil consumption in long-range bombers. Following the war, Jerry moved to California to accept a job with Northrop Aircraft Inc., where he specialized in gas turbine engines.

Jerry went on to design jet engines for General Electric, and then ultimately joined Air Research Corporation, where he spent the last 28 years of his engineering career before retiring from the field. He then spent another 15 years developing woodturning tools. 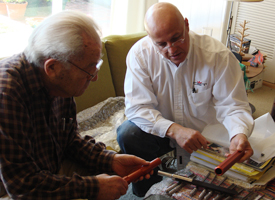 At 86, Jerry sold his firm to Paulo Marin, a woodturner and entrepreneur, who envisioned a “cutting edge” woodturning manufacturing firm where he could incorporate Jerry’s outstanding accomplishments and propagate his name, concepts and developments. Currently, the tools are manufactured at Advanced Theoretical Concepts, Inc (www.atcinc.us), a state of the art facility, is the manufacturing backbone not only of to Glaser Hitec tools, but of to the aerospace, military, medical and prototype industries.

Jerry is still very active in our operations and is a part of our Board of Directors, acting as a consultant for manufacturing and design. 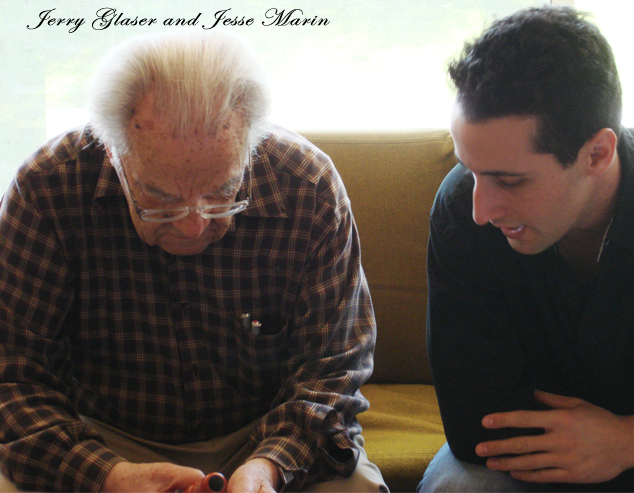